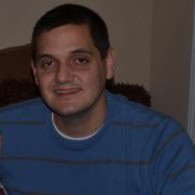 Our time in the States has flown by. We’ve had terrific meetings from Alabama to Virginia over to Ohio. This past week Amy and I spent the week in Crab Orchard, Tn for the Executive Team Retreat for Vision Baptist Missions. With our President, all the Field Directors from around the world gathered to challenge […]

Would you consider committing $1000 to be one of the 100 churches to give towards the Africa Youth Home?  We are needing $100,00 by the end of April for this purchase.  It is the property right next to Camp Rhino, which makes it a very strategic location.   The asking price is around $113,000, and […]

Africa Youth Home & Short Trip back to the States

For the month of April, I will be back in the States for our mission board’s annual orientation. I’m looking forward to being with all our Vision Baptist Mission’s missionaries on deputation and on furlough. Pray the Lord blesses this time. I’m also using this time to present the ministry of the new Africa Youth […]

Our offer for the property and first house for the Africa Youth Home has been accepted. We now have about 90 days to raise $113,500 and $5500 has already been donated:) You can check out the listing for yourself here. The property for the Youth Home is right next to Camp Rhino and the Bay […]

Katie Dilfer is a missionary with BIMI coming to work with us here in South Africa. She’s almost completely raised all her financial support and purchased her tickets to arrive here as a full-time missionary on February 24th. My wife Amy (left) with Katie at the Addo Elephant Park Her only holdup at the moment […]

We need your help and prayers.  We’re stepping out to start the Africa Youth Home. This past week I went to look at a property that is for sale right beside Camp Rhino for the start of this ministry.  It has a 4 bedroom house and 20 acres of land.  By faith, I went ahead […]

This past week I’ve been reminded how we’re not alone on the field. We have been very encouraged by the outreach and support of God’s people during this unexpected time. For those who didn’t see our Facebook post, our home was broken into early Tuesday morning while we were asleep by three men who were […]

Wednesday was the end of our last camp for the summer, our 2022 Junior Camp. With school schedules starting sooner due to so many missed days last year because of you know what, we packed our camps a little closer together this year. In total for the past 3 camps, we had 81 boys and […]

Happy New Year everyone. What a great start to 2022 here in South Africa at Camp Rhino.   We had 12 teenage boys trust Christ as their Savior during the first-ever boy’s only teen camp week.  We also just finished the girl’s camp week and had 7 girls trust Christ.  In total between the two […]

Prayer Requests and Praise It’s great to be home.  We arrived back in South Africa on December 2nd.  It was great being back for my son’s wedding, but not so great leaving my daughter Emilee there for Bible College.  We can already tell how difficult it will be not having her around.  Please pray for […]