Jeremy and his family are currently serving in the township of Soweto in Port Elizabeth, SA where they have started Soweto Baptist Church. Click here to donate to their church planting ministry in South Africa through MWBM. 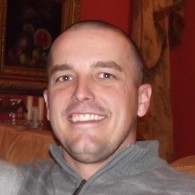 Dear Pastor and Friend, Pictured above are several of the guys I am spending the majority of my time with these days. Top row standing next to me is Songeza. He has been around for several months now as a result of the guy standing in the middle, Matthew Olwethu. Songeza has been attending everything […]

The picture above was taken Friday, July 24th, at a location where we plan to restart a church in the next few months; an area called Soweto. There are currently no Baptist churches in the area, but there are several believers from a previous church and one of them contacted me with a proposition. She, […]

First Pastor’s Retreat Our first pastor’s retreat was hosted last month in a little town outside of PE, called Addo. It was a great success. Bekah and I were encouraged, as was I’m sure everyone who attended. Over the two days, Kevin, Mark and I (along with our wives) taught several classes to the young […]

Dear Pastor and Friends,         The most exciting thing that took place since our last updated happened just a few days ago. My wife was able to witness, in Xhosa, to the lady who watches our kids during the day, Mama Khunjuzwa. After two week of going over salvation, Mama K was born […]

Financial Tips for Interns and Missionaries

Financial Tips for Interns and Missionaries Banks: You will need to check out which bank you want to use prior to arriving on the field. ATM fees, extra charges and lower exchange rate are things that will dip into your monthly support. ALL banks charge something. Several claim they don’t, but they do. Some are […]

Dear Pastor and Friends, Another year is come and gone. It’s now that C.T. Studd’s words ring loudest in my ears; “Only one life, “twill soon be past, Only what’s done for Christ will last.” We are still attending and serving at Madiba Bay Baptist Church. It is awesome to see all that the Lord […]

Beth Staley’s personal testimony about her internship here in South Africa. Life as an Intern The thought of internships don’t usually bring about happy thoughts. No one gets overly excited about being an intern. It usually has a negative connotation to it that means you will be a slave to basically everyone for this period […]

Superiority Complex I was talking with a friend the other day and, for the first time, I realized just how crazy life can be here in the townships. Don’t get me wrong, I have heard many stories over the past year while studying in the township, but they really were just that, crazy stories. This person […]

Dear Pastor and Friends, Rebekah and I want to being by wishing you and yours a Happy Thanksgiving! God is good and we are blessed to have friends like you! Language Update: November marks our 10th month in language school. We knew coming into this that it was going to be a long, difficult process. […]